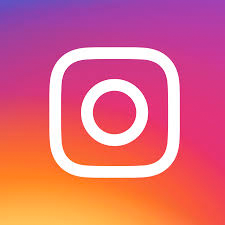 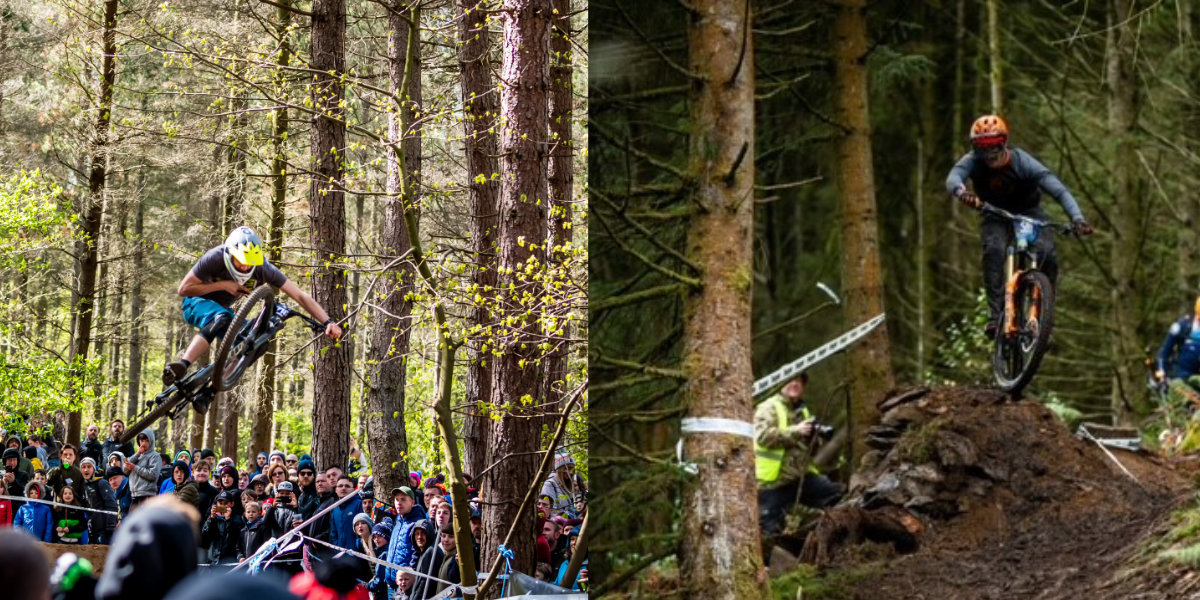 Zech And Mat Compete In EWS: Preview Of This Weekend's Races

Posted on 1st October 2021 at 17:07
Two of our supported riders – Zech Walker and Mat Wright – are competing in this weekend’s final and biggest Enduro World Series (EWS) event of 2021 in Innerleithen in the Tweed Valley in Scotland. We spoke to them to find out how they’re feeling ahead of what is the first ever EWS race for both of them, something that most of us can only dream of.
Zech, 21, is a coach for Dalby Forest Cycle Hub and our sister store Big Bear Bikes in Pickering, running the more technical courses like Back in Black and Drops and Jumps. He'll be competing in the Open Men category. 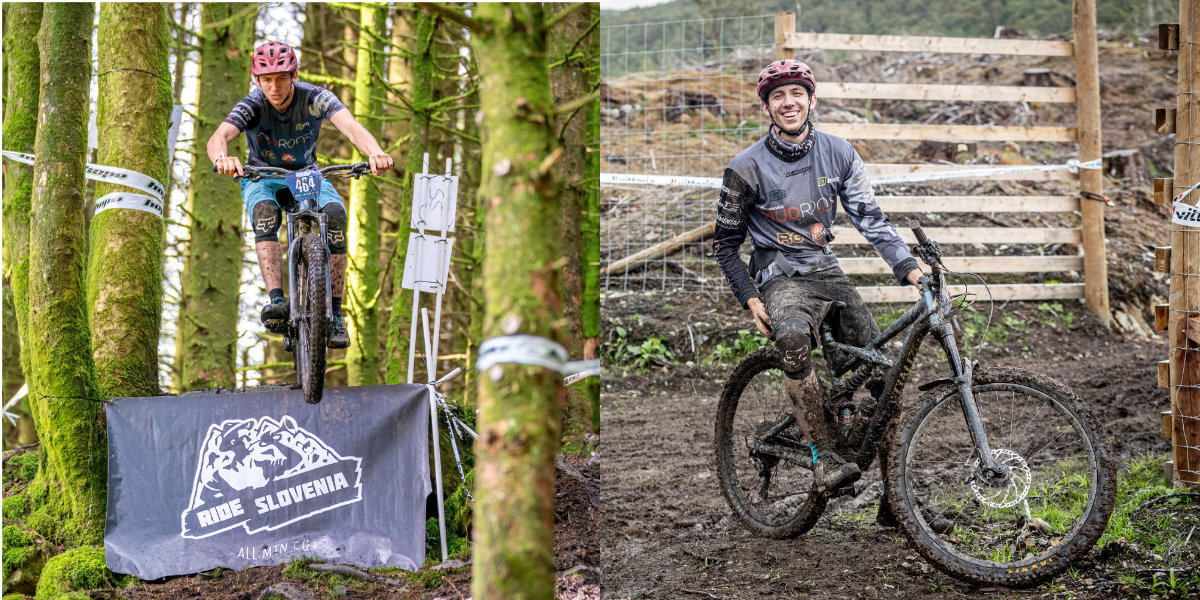 ﻿How did you reach this level of racing?
When I was younger, I was always the annoying kid who was asking anyone and everyone I could to try to help me. I’m now in the position where I’m the one who is coaching and I get a lot from that. I enjoy the process of seeing other people progress, especially when it’s more technical as that’s my sort of riding.
This weekend I’m racing in my first EWS race. I’ve done a fair bit of the nationals, anything in the country whether it’s downhill or enduro so this is quite a big step for me. It has always been my goal to move into the highest level of racing I could. I had a good last season and that pushed me to move to the higher level events. I got an entry, started training really hard so everything started to fit together. I got enough points in the nationals which meant I could enter the EWS.
What is your ride for the competition?
The support I’ve had from Big Bear Bikes and Dalby Forest Cycle Hub this year has been insane. David [Beeley, founder and MD] has helped me go for a higher spec bike than I was aiming for - a Slash 9.9. It makes you want to go faster in every single way. This weekend will be my first race with the SRAM AXS groupset upgrade, which is a really well-designed piece of kit. I wasn’t sure about going electronic but the amount of good stuff I heard over a couple of months made me decide to go for it. They are so adjustable. The app allows you to change how the shifter reacts to everything you do. I can make press and hold shift three gears instead of one, for example.
How are you feeling going into the weekend?
I’m feeling pretty good but obviously apprehensive as it’s such a high level. I did the BASE mountain biking courses in Scotland in Innerleithen, where the EWS is being held. During that time I found I could ride anything it could throw at me but I wasn’t very good with the mental side of things so I’ve been working hard on the process of racing. Especially when you’re racing at such a high level you’re talking about properly small increments that make such a difference. If you can find any bits of time they can make a massive difference. Going back to the mental side of things, that can mean slowing down to conserve energy even though your instinct is just to go as fast as you can.
I’m aiming for top 40% but I’ll be more happy if I ride well. It’s more the process I want to get right, rather than the place. Then I can take what I learn into next year and the year after. That’s my attack plan for it. And just to have fun.
Mat, 41, has been competing in national races like the PMBA series for several years and has secured a number of wins and podium finishes in his age group. Mat goes in the main race under the Masters category. 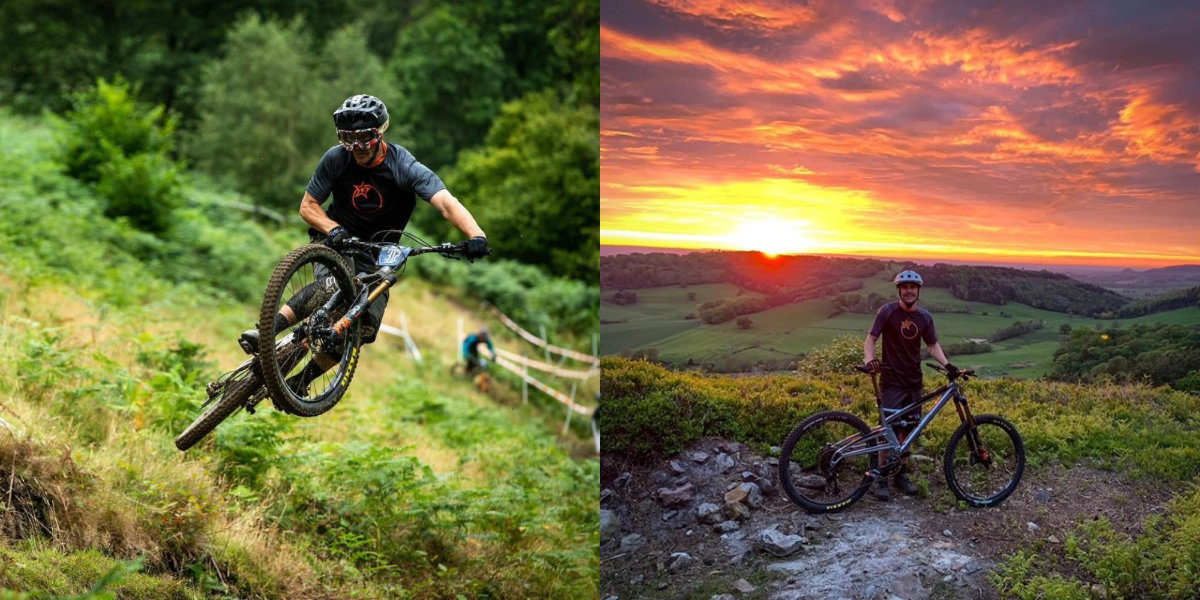 How has your season gone?
I popped my shoulder out after the first race while I was practising and it’s not been right all year. It’s held me back a bit but it’s all part and parcel of it. Other than that it’s going ok. I feel alright on the bike now and it’s going well – looking forward to the weekend.
How did you pop your shoulder?
I was just out on a training ride and I was a bit tired so I thought I would cut the session short and head off home. I wasn’t going particularly fast and the next moment I was on the floor. I looked round and my shoulder wasn’t where it should be. I picked up my bike and it just went back in so I rode back home with my tail between my legs!
What about this weekend?
This is the biggest race and the final one of the year for the EWS. No pressure! I’m just going to go and soak it all up and just enjoy it. It’s going to be awesome! Big crowds watching and it will be a brilliant atmosphere. Once you get between the gate then it’s time to switch to race mode.
All the best from all of us at Dalby Forest Cycle Hub. We hope you have a good race but most of all enjoy the experience! 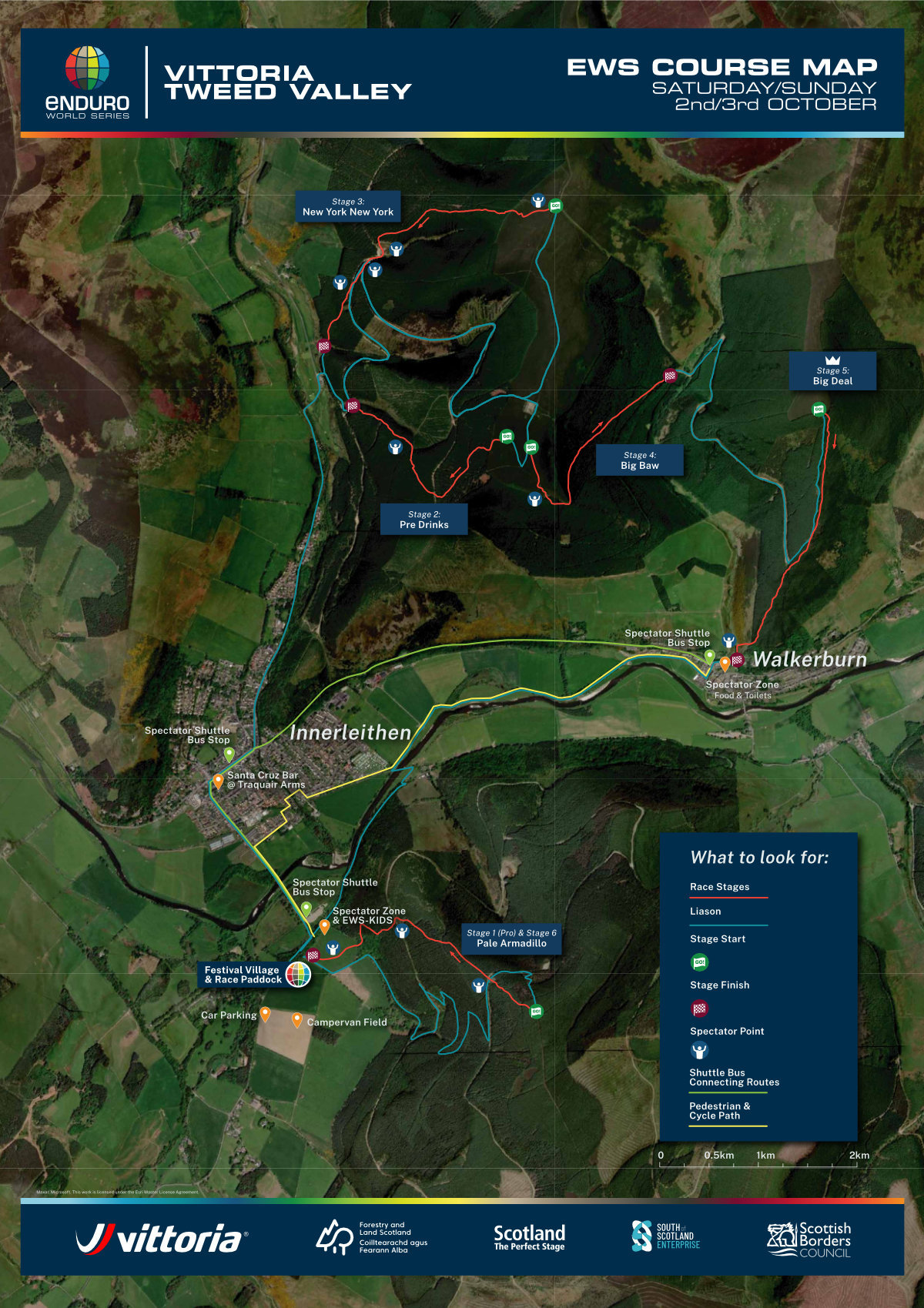